The gastric bypass works by several mechanisms. First, similar to most bariatric procedures, the newly created stomach pouch is considerably smaller and facilitates significantly smaller meals, which translates into less calories consumed. Additionally, because there is less digestion of food by the smaller stomach pouch, and there is a segment of small intestine that would normally absorb calories as well as nutrients that no longer has food going through it, there is probably to some degree less absorption of calories and nutrients.

Most importantly, the rerouting of the food stream produces changes in gut hormones that promote satiety, suppress hunger, and reverse one of the primary mechanisms by which obesity induces type 2 diabetes.

Advantages of the Laparoscopic Gastric Bypass

Disadvantages of the Laparoscopic Gastric Bypass 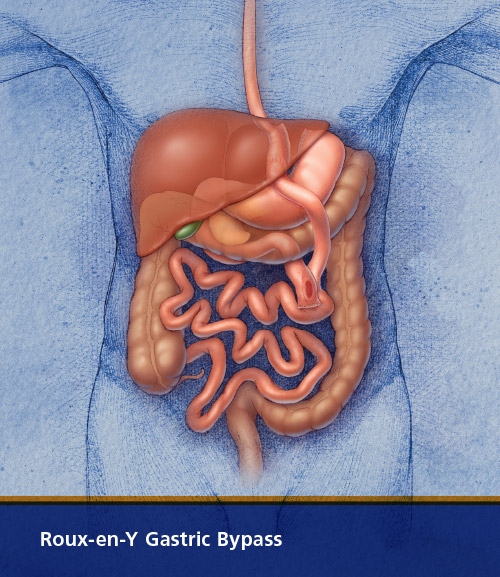 Please note that the content in this website is informative only. We treat every case individually. Call our office or register to our free seminar to learn about your own case. | Copyright 2018 Madison Surgical Associates